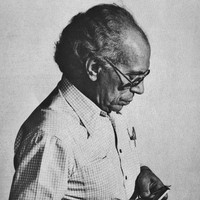 
The Portugese-born furniture designer Joaquim Tenreiro was a pioneer among the leading furniture designers and visual artists in mid-20th century modernist Brazil. Tenreiro was born in Melo, Gouveia Minicipality, Portugal, into a family of woodworkers and carpenters. In the late 1920s, he emigrated to Rio de Janeiro.

He had artistic leanings and in the late 1920s enrolled as a university student at the School of Arts and Crafts in Rio de Janeiro, where he joined a group of upstart modernists protesting the staid, retrograde curriculum at the college. At the time, Brazil was culturally mired in a 19th-century mindset that was reflected in an upper-class preference for academic painting and reproduction furnishings in antique European styles. But the progressive spirit that Tenreiro and his colleagues fostered slowly gained force. With the terms “lightness” and “functionality” as it’s most important features. After graduating, he began working for the firm of Laubisch Hirth.

In the early 1940s, Tenreiro was among the first designers in the Brazilian furniture industry to adopt a European modernist vernacular. His initial efforts, including the 1942 “Poltrona Leve,” met with considerable success, and in 1943 he established his own firm with factories in Rio de Janeiro and Sao Paulo. One of his main clients was Brazilian architect Oscar Niemeyer, for whose houses a number of pieces were originally commissioned.

Tenreiro evolved a distinctive style suited to local conditions: light constructed appealing furniture, combined with locally sourced tropical wood. His approach was quite new for the time, later on he also started producing pieces using the stack-lamination technique, Tenreiro bonded together a gently contoured seat made of alternating layers of different-colored native woods to produce a magnificent stripe effect. These chairs, like all Tenreiro works, demonstrate the enduring power of simple design and superb construction. Tenreiro gave up the furniture business in the late 1960s to concentrate on his painting and sculptures, in which he had been engaged privately for many decades. 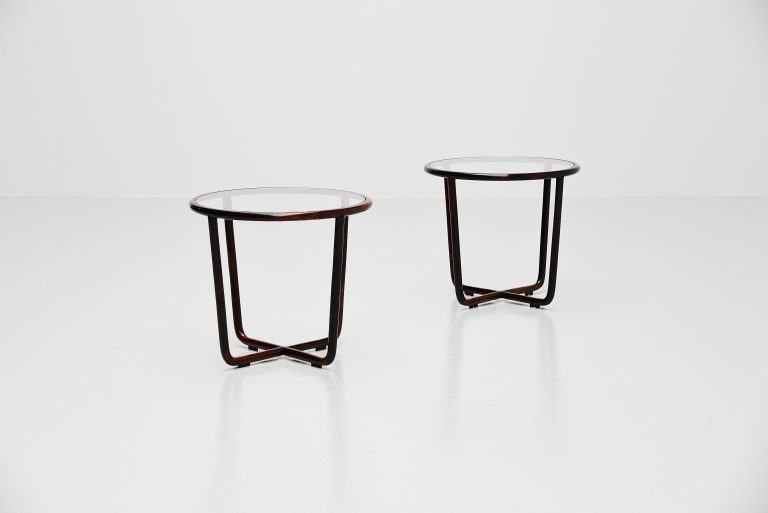