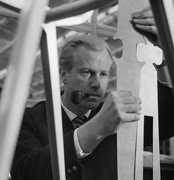 
The work of Dutch designer Friso Kramer (1922-2019) plays a significant role in the development of the national style from the 1940s until today. As an industrial and furniture designer, and as a member of influential groups and movements, Kramer’s ideas and creations have consistently worked to propel the modernist aesthetic of the Netherlands.

Kramer was part of the “Goed Wonen” (“Good Living”) foundation in the 1950s; a group committed to restoring the country’s war-damaged quality of life. Their working goal was to diminish the existence of the current “lack of style, scarcity of material and the housing shortage” caused by WWII. The members of the foundation gave lectures, exhibited their work widely in Amsterdam and put out a journal, which offered tips for and articles about modern living and the burgeoning modern style. The foundation enjoyed a strong impact on the community because of the innovative and successful collaboration forged between the designers, architects, manufacturers, retailers and customers. While he was a part of the group, Kramer created a series of molded plywood and steel chairs, seemingly inspired by the contemporaneous work of the Eames, for the company De Cirkel. The chairs featured a rounded seat, which curved down gently at the edge and a separate, slightly cupped, back. This 1953 chair, called “Revolt,” was a popular icon of the emerging Dutch style at the 1954 Milan Triennial, where Kramer also exhibited a metal table and hanging

Throughout the 1950s Kramer taught at The Hague Academy for the Visual Arts. His courses ran on Friday nights and throughout the day on Saturday, attracting a broader range of people than a traditional school. He also began designing more industrial objects like the 1958 “Davoronde” oil heater for the Davo Company. Although its elliptical shape was stylish and functional as a space-saver, the piece was never a huge success. The group Total Design, which he helped establish in 1963, was, however, a great success. With the aim to “develop and execute ideas on design in all fields, in order, where possible, to achieve a unity of ideas, or ‘total design’ in these fields,” the group took on a number of commissions and projects before Kramer left in 1967.

Some important designs by Kramer won a famous Signe d’Or; the Revolt chair 1954, Result chair 1959, School desk 1959, Revolt folding chair 1959, Repose chair 1960. Many of these items are in our permanent collection and some for sale as well. 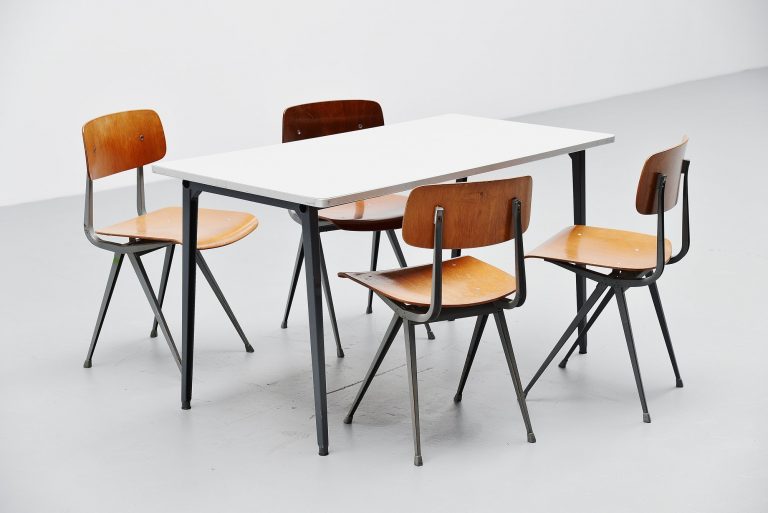 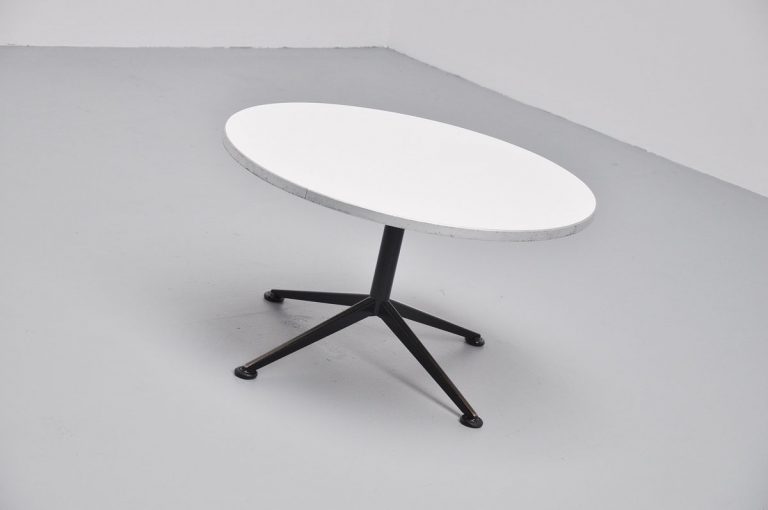 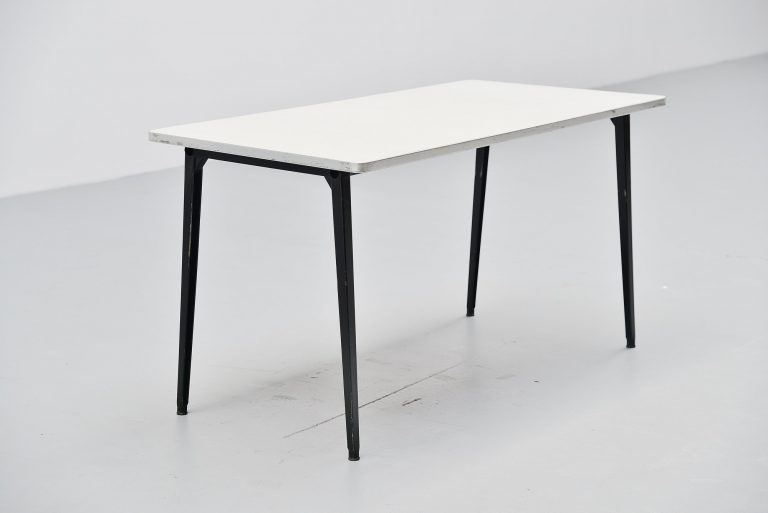 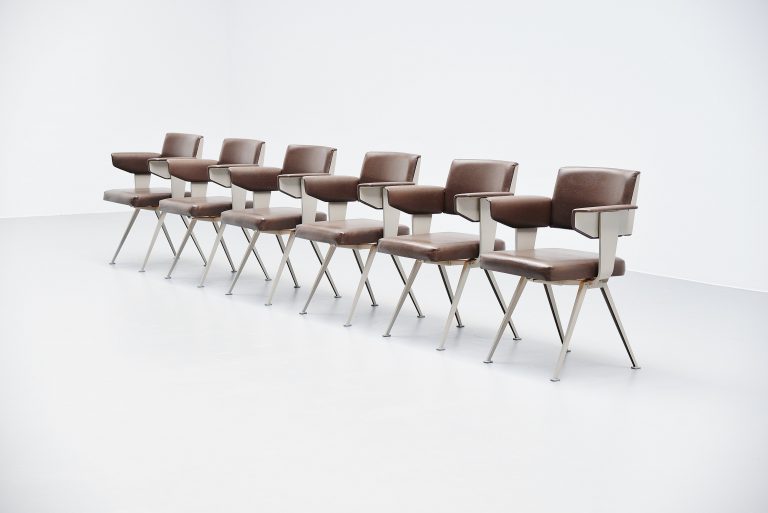 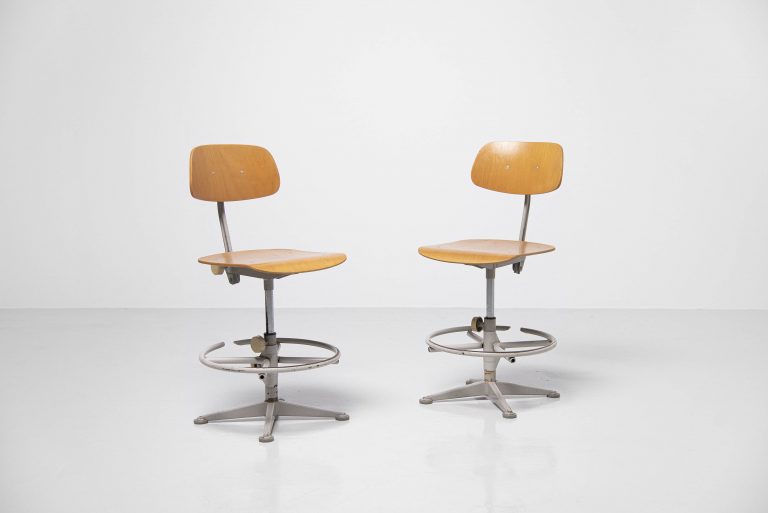 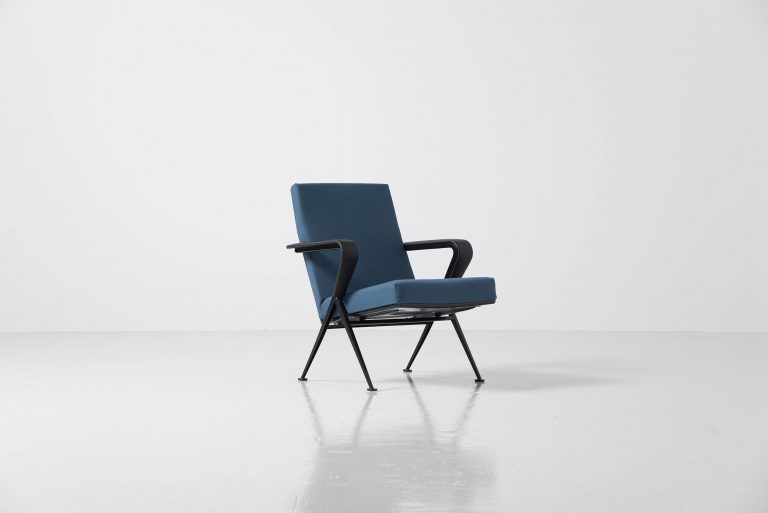 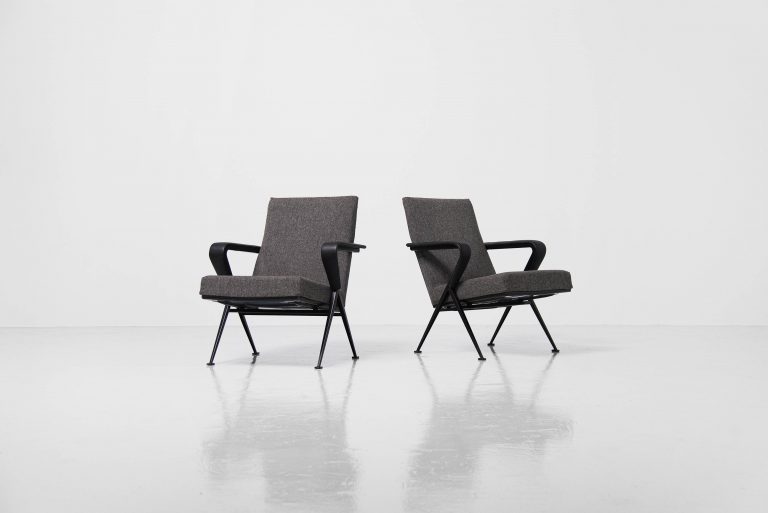